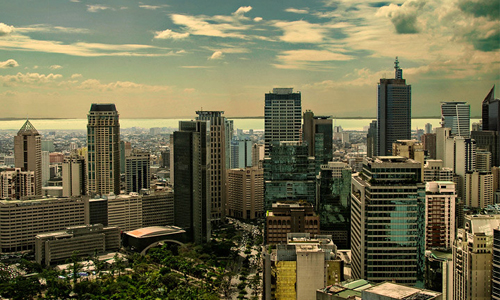 But in spite of the changes, overall, the sentiment on the Philippine economy remains generally positive. Despite the slowdown, the Philippine economy is still seen as the fastest-growing among the ASEAN-6, as it claims the highest GDP forecast in the region for 2014 to 2015. It is likely to trail behind China (or even India) as among the robust economies in Asia. And it looks like the expansion and growth of the local economy will continue through next year.

Investment groups, banking institutions, economists, and industry exports echo the same sentiments on sustaining growth. We believe that these would make accelerated and inclusive growth possible in the coming years:

Real estate in the Philippines

The property market in the Philippines is still in a sweet spot. This year, we have seen some big investments rise from the ground with local developers and foreign investors creating a new landscape, doing their best to deliver to the increasing demand and activity in the market. Metro Manila's central business districts and other prime locations in the city have become home to new residential communities and have been the hot spots for expanding office developments and booming retail markets. The third quarter property market update reflects high investor confidence. With the upcoming developments and launches and ongoing constructions, the industry is in an upward spiral. The office market is the most active and popular of all the assets and property types. Residential real estate hasn't lost steam, although market interest is shifting towards the lower segment. The steady flow of OFW (overseas Filipino workers) remittances, booming IT-BPO industry, increasing domestic demand, and growth in tourist arrivals over the next few years drive growth in the property market. With the Philippines fast-growing economy, it is suited to become a top real estate market in the coming years.

It's a landlord market for the office and commercial property sector, and it is likely to stay this way because of the shortage in supply. The office market has an impressive third quarter performance. We can see an early upswing for the office market and commercial property sector. There's an increasing demand and decreasing vacancy, resulting in a price increase. In central business districts, there are single-digit vacancy rates below five percent. Take-up is rather impressive. We can see new and upcoming supplies putting some pressure on rental prices and vacancy rates. However, rental growth will be at a more conservative pace. As prime office supply in CBDs stays low through 2016, the demand in the leasing market and interest particularly on serviced offices will be sustained, especially with the IT-BPO and KPO industry's expansion and SMEs wanting to test the market first. Investors and developers should explore the idea of developing new CBDs as BGC, Makati, and Ortigas start to fill to the brim and become saturated. Great locations would be Quezon City and Bay City. CBDs can also be developed in other parts of the country, with the rise of Next Wave Cities that have turned into promising investment destinations.

The demand for residential properties is still high. The third quarter update even marks a slight increase in average rental rates. But from luxury residential properties, developers' interest and focus are set more on lower segments, such as the mid-end residential supply. The middle income market will help sustain the demand in this segment. The middle class is focusing on efficiency and is looking for a mid-cost option. Developers and investors should capitalize on this trend. The high demand in the residential market will be sustained, with global businesses, international brands, and foreign investors infiltrating the local market because of the generally positive business sentiment.

In the early parts of 2014, we have marked an increase in foreign tourist arrivals, and this is expected to grow in the coming years, with the government targeting up to 10 million tourist arrivals by 2016. However, this growth might be difficult to achieve, given that runways are already at full capacity. To achieve 10 million growth, newer and larger airports that can cater to more flights need to be built.

Along with a warmer investment climate, this prompted extensive hotel developments and room expansions in key locations in Metro Manila and a number of tourist spots throughout the country. It's great to know that developers have extended developments outside city and into other prime tourist destinations and leisure spots such as Cebu, Boracay, and Palawan. But while a good number of hotel and leisure developments in the country are up to par with world-class facilities, there's much to be desired when it comes to providing vital infrastructure and improving accessibility to the country. We're talking about renovating the airports, transport links, and other access, beyond cosmetic enhancements. The country can make great strides by building an airport city and other top-class facilities.

Working from Home in the Philippines: The Importance of Routine and Daily Planning

How Virtual Reality aids Real Estate amid the COVID-19 crisis

Why Mandaue City is the Next Key Location in Visayas