The Most Competitive Cities in the Philippines

The Most Competitive Cities in the Philippines 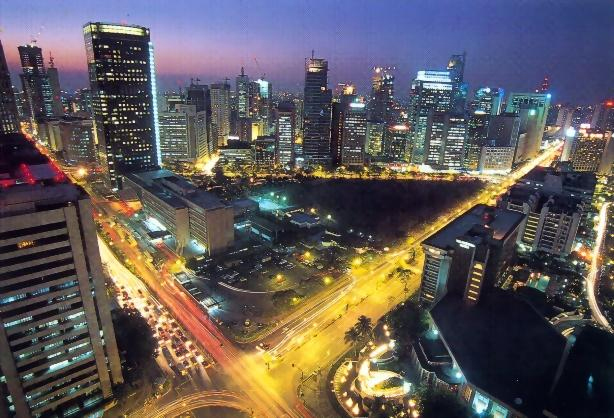 Makati, the Philippines' financial capital, was named the most competitive city by the Cities and Municipalities Competitiveness Index (CMCI) 2014. For this index, cities and municipalities were ranked based on economic dynamism, infrastructure, and government efficiency. And with 28 indicators used in all three categories, Makati emerged with the highest overall score, while Daet in Camarines Norte was hailed as the most competitive municipality.

For government efficiency, cities and municipalities were ranked based on transparency scores, local taxes and revenues, economic governance scores, business registration efficiency, local competition-related awards, compliance to national directives, investment promotion, as well as security, health, and education. Economic dynamism, on the other hand, was measured through local economy size and growth, cost of living, financial deepening, productivity, cost of doing business, ability to generate employment opportunities, and the business and professional organizations in the area. In terms of infrastructure, basic utilities, existing road network, health and education infrastructure, distance from major ports, and other related data were used in determining the top cities and municipalities all over the Philippines.

Makati as the most competitive city
Makati remains on top of its game and ahead of other first-class locations as the most competitive city in the Philippines. The city is home to the most active and the largest central business district (CBD) in the metro. Prestigious corporations, world-class brands, and topnotch businesses have established their headquarters in the CBD. Makati has been transformed into a world-class city that's even dubbed as the New York City analogue in the Philippines. The city is more than just a financial district but also a cosmopolitan lifestyle hub, hosting to various culture, art, and music scenes. Luxury hotels, upscale residential developments, and master planned urban blocks are primarily found in the CBD area. It has over 60,000 commercial and retail outlets. And with a booming real estate market, it offers the best property value with high rental and occupancy rates. Aside from its skyscrapers and infrastructure development, Makati is also highly recognized for its quality healthcare program that offers subsidized hospitalization and free outpatient services. Its police and fire departments are also the best in the metro. The most competitive city is one of the richest local government units in the country.

For last year's pilot run of the competitive index, Makati City (NCR), Cagayan de Oro (Misamis Oriental), and Naga (Camarines Sur) were ranked as the most competitive cities, while Daet (Camarines Norte), General Trias (Cavite), and Kalibo (Aklan) made it to the list of most competitive municipalities.