Clark continues to be one of the next wave cities with respectable growth driven by increasing GDP, growing OFW remittances, more employment opportunities, and higher income. The demand for retail is rooted in the high consumer confidence of Filipinos.

According to the latest Nielsen Consumer Confidence Report, the country poses as one of the most optimistic consumers globally particularly due to the availability of better job prospects and greater disposable income due to the implementation of TRAIN Law 2.

Significant growth was recorded in the Philippines after it registered a Compound Annual Growth Rate (CAGR) of 5.5%. Total retail revenue for the country is expected to reach 45 billion USD by 2021 derived from the high demand in a basic, fast-moving and durable consumer goods, and electronics.

There is already an increased private consumption in Central Luzon of over Php 759 billion in 2017, mostly from consumer goods and services. This resulted in a higher demand for retailing in the region.

There is also a noticeable high concentration of retail developments in Angeles and roads inside the Clark Freeport Zone such as CM Recto Highway, MA Roxas Highway, and Jose Abad Santos Avenue. The largest retail strip in Clark is Korean Apple Core Building located at the Freeport Zone.

The future of Clark Retail

Retail spaces in Clark continues to increase as its inventory spill over to locations outside the CFZ. Megaworld is expected to complete Clark Green Frontier by the 3rd Quarter of 2019. This is a mixed-use facility for office and retail located in Manuel A. Roxas Highway.

With no definite completion date, Shoppes at Infinity will add 16,500 square meters of gross leasable area in Clark’s retail market by 2020. This estate is located near the Angeles City Hall. A bigger retail footprint of 1.6 million square meters will also be added once the Town Center is completed in the Clark Freeport Zone. Ayala Land’s Alviera is also pegged to occupy 100,000 square meters of land in Porac, Pampanga. 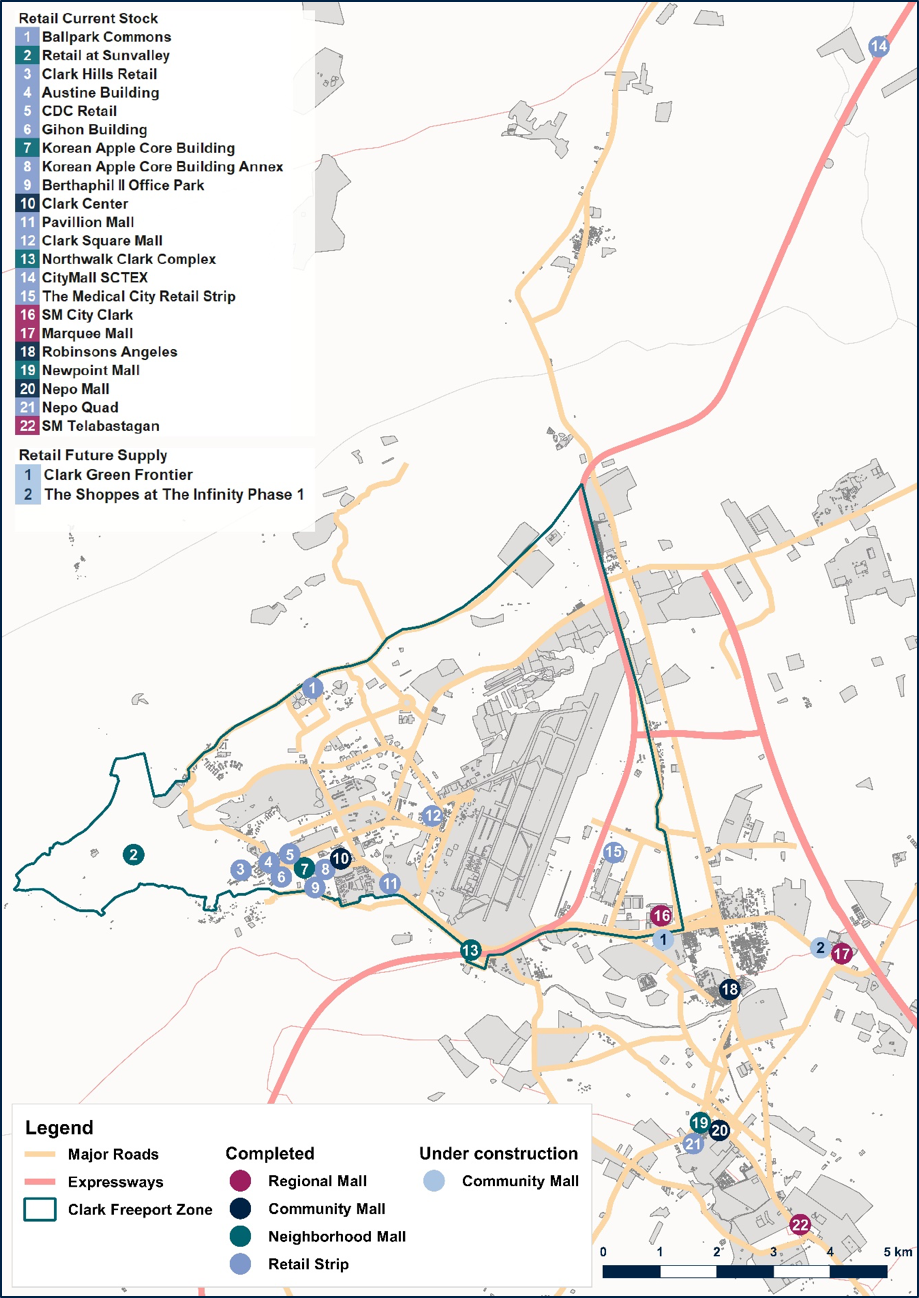