How to Bring Good Luck Into Your Home This 2014

https://kmcmaggroup.com//research-insights/2014/how-to-bring-good-luck-into-your-home-this-2014/
Home Design Tips,Feng Shui,Tips And Advice,
How to Bring Good Luck Into Your Home This 2014

How to Bring Good Luck Into Your Home This 2014 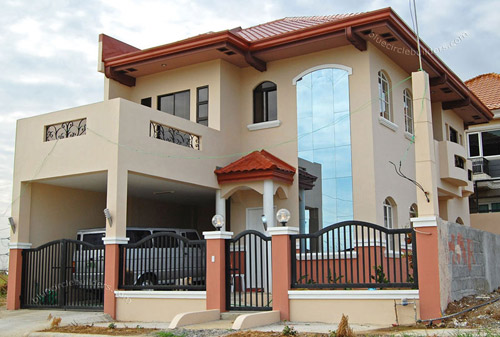 Ever wondered why rounded fruits are in high demand in the Philippines during the Christmas season? Or why families rarely serve chicken as part of the New Year's Eve Party menu? From local superstitions to Feng Shui and astrology, many Filipinos believe in the powers of planets, stars, and ancient archetypes and their ability to affect important events in daily life. These beliefs are strongly ingrained in their culture, that even young Filipinos who do not really believe in superstitions continue including these in their yearly traditions and practices  (especially during the New Year) in fear of suffering the effects of bad karma or negative energy. Many also follow these superstitious beliefs in hopes of bringing luck into different aspects of their lives (finances, health, relationships, and family). For example, families often serve 13 round fruits as they believe these can ensure wealthy and fruitful months ahead. Chicken is often avoided during New Year as serving it can make you live like chickens, signifying financial hardships for the rest of the year. (from the saying: "Isang kahig, isang tuka.")

In today's post, we'll be sharing with you layout, design, and decorating tips for your house or condo based on popular Filipino traditions and superstitious beliefs to keep the good vibes in and the bad juju out. Who knows? We might just help you stay in the old spirits' good graces and keep Lady Luck by your side for the rest of 2014.

1. When designing a house, make sure it does not face a dead-end street.

Attributed to the people of Pampanga, this belief says that building a house in front of a dead-end street can bring bad luck to its occupants. (it might also be influenced by the Chinese feng shui which says that this practice can bring financial misfortune or death in the family).

2. Your living room furniture should be arranged in a circular formation.

This helps ensure flow of energy within the home. You should also place your bed diagonally from the bedroom door to attract good energy.

3. If you have a staircase, make sure the number of steps from the bottom rung and the topmost rung is not divisible by three.

This belief is said to come from the Tagalog people of Southern Luzon who count the number of stairs in a series of threes called oro (gold), plata (silver), and mata (death). According to them, the topmost rung should coincide with either oro or plata to attract good luck.

4. Don’t buy a house that stands on a T-intersection.

Filipinos say that this location makes you prone to being bullied or pushed around. It's best to choose a home with a slightly raised land behind it or a home that's slightly higher compared to the land in front of it. This resembles positioning of the Turtle (feng shui), which provides protection and backing of the house.

5. The master bedroom should face the east side or it should have a window facing that direction.

You should open the east window in the morning to welcome God's grace. A well-lit and uncluttered home entrance also allows the flow of positive energy into the home. It also helps to de-clutter your rooms, clear out closets, basement, garage, and every room in the house to get good feng shui; it expresses itself in clean spaces, fresh air, plenty of natural light, and happy meaningful energy from decor items.